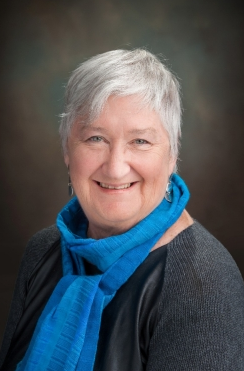 Dr. Dara Culhane received her B.A. in Sociology and Anthropology in 1985 and her Ph.D. in Anthropology in 1994 from Simon Fraser University. Her early work concentrated on historical and contemporary relations between Indigenous peoples and the Canadian Nation State. She worked with Northwest Coast First Nations in British Columbia documenting oral histories, family stories, archival and legal research surrounding land rights and sovereignty, cultural practices, ceremony and performance, and everyday contemporary life. For two years (1992-1994), she served as Deputy Director for Social and Cultural Research with the Royal Commission on Aboriginal Peoples, where she coordinated the Residential School Study, and The RCAP Life History Project. Since 1994, she has been teaching Anthropology at Simon Fraser University.

Dr. Culhane’s more recent work has focused on developing experimental ethnographic research methodologies, and interdisciplinary collaborations with artists and artist/scholars, exploring ways of communicating research beyond the academy to diverse audiences through popular writing, exhibits, installations and live performance. Culhane has undertaken professional training in voice and oral/aural performance, and in 2017 earned certification as an assistant teacher of Fitzmaurice Voicework. She has written and performed a work of dramatic storytelling entitled Hear Me Looking At You in Canada, Ireland and the United States, and more local and international performances are planned. Culhane is Co-Founder and Co-Curator of the Centre for Imaginative Ethnography, a transnational cyber collective with over 70 members.

Dara Culhane’s current work is located where ethnography, writing, performance, and imagination mingle. She has four new projects in progress. Encore! Travels With The Ghost of Margaret Sheehy is a multi-genre text that tells stories about an unconventional actress and elocutionist who lived in Dublin and Montreal during the first half of the twentieth century. Complicity! Sex, Drugs and Research combines a play, novella, and cabaret and is set in Downtown Eastside Vancouver during the years 2000-2010. Monologues For Moments of Danger is a series of oral/aural live performances/podcasts that draw on memory-work and autoethnography and that have been performed at national and international professional conferences and performance events. Lastly, Playing With Worlds is an experimental ethnographic film, an interdisciplinary collaboration in development.