Anthropologica is the official journal of the Canadian Anthropology Society (CASCA). Anthropologica is peer-reviewed and publishes two issues per year (Spring and Fall), with innovative sections for theoretical, experimental, and practitioner-based scholarship in cultural anthropology. Please visit our website for more information and for submission guidelines.

Anthropologica is published under the Open Access model (Creative Commons Attribution-Noncommercial 4.0 International license) and is therefore free for anybody to read and download, and to copy and disseminate for educational purposes.

The journal does not have APC or any submission charge.

This journal permits and encourages authors to post items submitted to the journal on personal websites or institutional repositories both after publication, while providing bibliographic details that credit, its publication in this journal.

Between 1959 and 1979, Anthropologica was initially run by the Canadian Research Centre for Anthropology/Centre canadien de recherches pour l’anthropologie at St. Paul University (Ottawa). The journal had acquired a solid reputation, specializing in the study of Indigenous peoples. Anthropologica was transferred to Laurentian University in 1983 and to Wilfrid Laurier University Press in 1989, where it stayed until the merger with Culture.

Anthropologica’s mandate is to reflect the range of research carried out by Canadian Anglophone and Francophone anthropologists and to disseminate that research within Canada and internationally in both languages. Given that Canadian Anthropologists conduct research in any number of global communities, rural and urban, our current focus extends beyond the traditional coverage of Indigenous Peoples to include ethnographic research carried out anywhere in the world by cultural anthropologists. In this way, the journal provides a more inclusive representation of Canadian anthropology scholarship which encompasses global as well as Canadian issues. We also include ethnographic research from international scholars who conduct research in Canada or who are identified by the editors as having important contributions to make to Canadian readers and to the theory, method and ethnography of the discipline.

Most Recent Past Editors 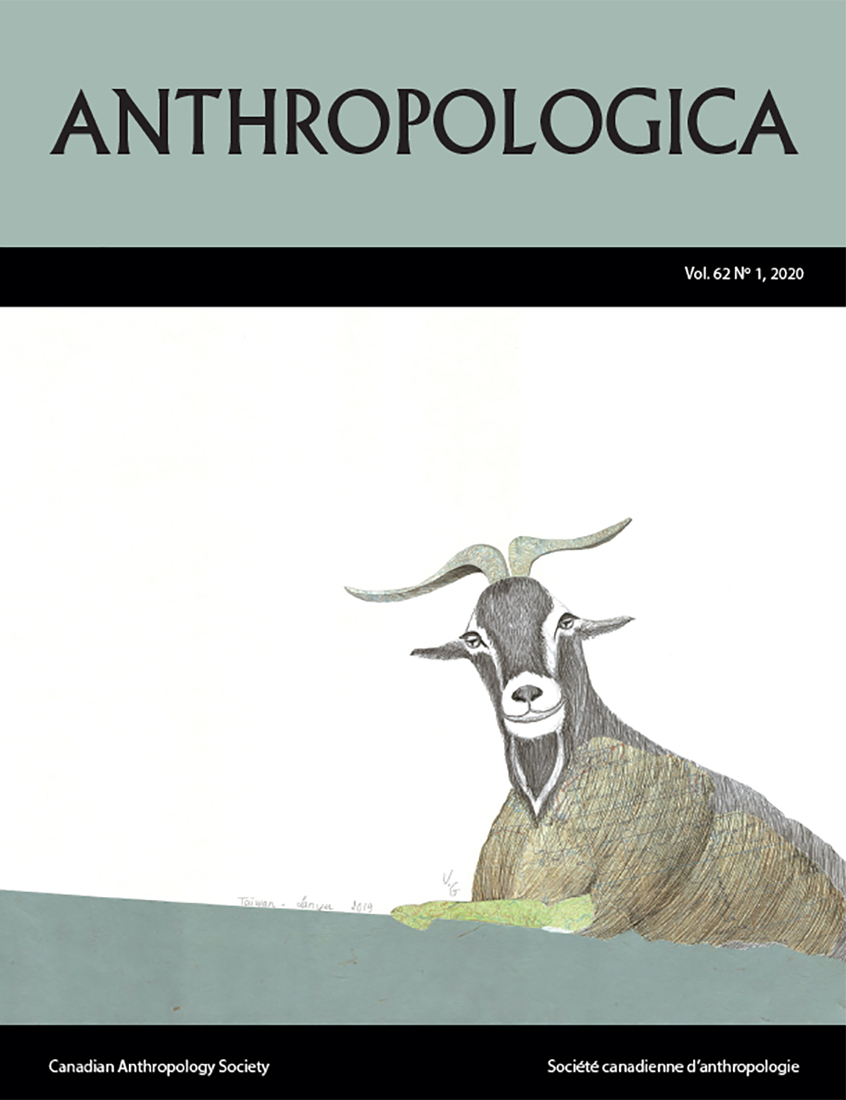